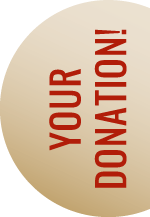 „We must return to simplicity of life, if we want to experience better times.“(Abbt Francis Pfanner)

He was born as Wendelin Pfanner on 20.09.1825 in the border town of Langen in Vorarlberg, Austria.

Ordained to the priesthood in 1850, he would like to become a missionary, which his poor health does not allow him to do.

After twelve years in the local pastoral care, he reckoned with an imminent death and joined the Trappists in Mariawald in the Eifel, Germany, as preparation for death. There he is given the religious name Francis.

Surprisingly, his health recovers well and he is soon able to do pioneering work in Tre Fontane near Rome.

From there he travels to Bosnia to start a new Trappist foundation, the Trappist monastery "Maria Stern" in Banja Luka.

In 1880, together with 30 monks from "Maria Stern", he reached South Africa and in 1882 founded the Trappist monastery "Mariannhill" whose abbot he became three years later, in 1885.

The tension between the contemplative life of the monks and the far-sighted plans of the abbot came to a head, and with it the misunderstandings, and so Abbot Francis was suspended from his office in 1892; he was forbidden any contact with the sisters.

In 1893, Abbot Francis voluntarily resigned and soon after that he began a secluded life on the mission station Emaus in South Africa, but without letting go of his efforts to achieve independence for the sisters.

On 24 May 1909 Abbot Franz Pfanner dies and is buried at Mariannhill Cemetery.

His energy and determination, his undaunted courage in difficulties and opposition, his clear vision in difficult matters, his sense of what is right and what has to be done at right time, but especially his deep faith, lived in everyday life, are his legacy to us Sisters.